Ghana’s economy is one of the fastest-growing economies in West Africa and Africa at large considering the population of the country alongside tourism, culture, human and mineral resources and other factors that in the end determine the top 10 richest men in Ghana.

As a leading country in Africa in terms of development, it is expected that the country should be able to boast of individuals that are wealthy in their line of profession.

Ghana is blessed with abundant gold, rich in various natural resources like precious metals, hydrocarbons, industrial materials and lately crude oil although not in large quantity.

Drifting away from natural resources, Ghana is also one of the leading countries in entertainment in Africa likewise in technology.

According to records, Ghana’s stock exchange is ranked the 5th largest in Africa, never forget that economically Ghanians are hard-working people and are very good at trading, the country is also ranked the 2nd largest producer of cocoa in the world. What a blessed country!

Without further ado, let us reveal to you the richest men in Ghana stating some facts about them and their net worth, sources of fortune and other important detail about the most successful men in Ghana.

Below is the updated list of the richest men in Ghana currently:

As the first citizen of Ghana Nana Akufo-Addo is a famous man well-recognized globally and since he has taken the mantle of becoming the president of Ghana there have been various developments in all sectors.

Nana Akufo-Addo being a businessman is able to structure the country and pivoted it into massive industrialization, he also served as the Attorney General in 2001 – 2003 serving two years before he decided to contest for the seat of the President of Ghana.

He has been a wealthy man even before joining politics as he was born into a royal family of Adeline and Edward Akufo-Addo, his father was once the Chief Justice of Ghana and also non-executive president. With all this, it shouldn’t sound strange that Nana Akufo-Addo made it on the list of the richest Ghanaians.

Nana Akufo-Addo net worth is currently estimated to be $200 million and his net worth is attributed to income earned while serving his country and his family’s wealth.

Another icon on the list of the wealthiest men in Ghana is Dr. Kwesi Ndoum who is known to be a prolific businessman and also a well-known politician who has held different political offices.

Serving in different regimes and as a member of the Komenda-Edina-Eguafo-Abirem constituency, he is also once a minister of state spanning from 2001 to 2007 and also has been a notable person in the politics of Ghana.

Before coming into politics Dr. Kwesi Ndoum once worked as a life insurance underwriter in an insurance company “North-Western Life Insurance Company” for over three years, he was also a staff of Blue Cross Blue Shield of Wisconsin. He lived in the United States for several years before coming to Ghana.

Dr. Kwesi Ndoum net worth was pegged at $300 million and his wealth is traced to earnings from various places he worked and also from holding strategic political and public offices in Ghana.

Serge Bakalian is half Armenian and half Ghanaian and he is also one of the richest personalities in Ghana today. He isn’t a self-made millionaire in dollars as he inherited his fathers’ wealth although he has put in much effort which has helped scaled up the income of his company.

He inherited his father’s flour mill business and his business strategies really worked in raking in huge profits which had placed him on the list of the richest men in Ghana, it is made known that even if he didn’t inherit his father’s fortune Serge Bakalian has what it takes to be a wealthy man.

The list of the richest men in Ghana wouldn’t have been complete without mentioning Ghassan Yared who has created a multi-million-dollar business empire all by himself.

With a humble beginning, Ghassan Yared took his time through hard work and dedication to make life better for himself, the people around him and also the Ghana economy.

He started in 1993 by establishing Forewin Ghana Limited which is a marketing and distribution company that experienced a massive expansion to the extent it had to be split into various subsidiaries which birthed Mass Industrial Ltd, Cape Trading Ltd, HMD, Mabani Ltd, Lewadis Fze, Diplo FZE and much more expansion is ongoing.

Ghassan Yared net worth is currently estimated at $480 million and his fortune is strictly attributed to his company’s income, never forget his company is a major brand in Ghana which holds the rights for the distribution of Titus Sardines, Red Bull, Peak Milk and many other top brand products.

Samuel Esson Jonah is a famous businessman in Ghana that is one of the most respected with a very high intellectual capacity which has made him create a business empire in Ghana.

He has been able to create and grow many industries in Ghana over the decades thereby adding a significant income to the economy of Ghana. He is the present Vice-Chancellor of the University of Cape Coast, he is also the CEO of Jonah Capital.

The history of Samuel Esson Jonah started with Ashanti Goldfield Corporation, he worked here and held many positions before he became famous. While working there he was able to learn various business strategies over time which were used to boost the income of the company through smart and huge productivity.

While trying so hard to make an imprint he has worked through the National Academy of Engineering, Vodafone, Equinox Minerals, and many others which have made him a self-made millionaire in dollars.

Samuel Esson Jonah net worth is estimated at $650 million and his fortune is attributed to his earnings from working for various organizations.

The name Kwabena Duffuor will always ring a bell in the ears of everyone living in Ghana as his strategies helped to improve the reserve of Ghana after he was made the Governor of the Bank of Ghana.

The country experience massive growth and during IMF/World Bank annual meeting he got named as one of the Best Central Bank Governors in the world.

There is no doubt he deserved to be on the list of the richest men in Ghana as he started his career at a low position in one of Ghana’s Commercial Bank of which various promotions started coming in and he has worked in top places in Ghana and also in the United Kingdon (London) before returning to Ghana.

Kwabena Duffuor net worth is currently estimated at $680 million and his fortune is from his earnings over the years.

When the best quality of flour and pastries in Ghana is mentioned one’s mind goes straight to the Irani Brothers, they are so famous all through Ghana.

They own one of the leading flour and pastries company in Ghana of which they produce up to 55% of pastries and flour consumed in Ghana and this have a hugely positive effect on the economy of Ghana.

The act that there is a higher demand for flour and pastries in Ghana this two brothers took advantage of that and today they produce up to 200,000 metric tons of flour yearly.

We also cannot skip the big name John Mahama, he retains the spot of the 3rd richest man in Ghana, he is also a politician and has once served as Ghana president in 2012 after the demise of President Atta Mills.

Starting with a humble beginning, his career started from him being a writer, a historian and also a communicator, he was also a secondary school teacher teaching history.

He joined politics and has served in various political offices Deputy minister of communication, Minister of Communication, the Vice President of Ghana, he also once served as a member of the Ghanaian parliament.

The 2nd richest man in Ghana is no other person but Dr. Kwame Addo Kuffuor, he is famous for his numerous appearance in the history of Ghana politics as he has been through many political offices.

Dr. Kwame Addo Kuffuor was appointed the Minister of Defence in 2001 – 2007 by President John Kuffuor who is known to be his brother, the influence of his brother helped him through various political careers of his.

After his service as Defence Minister he was appointed as the Minister of Interior of Ghana in 2008 – 2009, he has been holding one office or the other in Ghana even with the fact that he studied Medicine at the University of Cambridge, Middlesex Medical School Hospital and also in Jesus College he didn’t utilize his educational qualification to practice.

Dr. Kwame Addo Kuffuor net worth is estimated at 1.2 billion dollars and his fortune is attributed to income from holding various political offices.

Ernesto Taricone is the richest man in Ghana presently, he has dual citizenship as he was born in Italy, he is a smart businessman who noticed the opportunities in Ghana and took advantage of them.

Today Ernesto Taricone is one of the forces driving the Ghanaian economy, he invested so much in Ghana and cut across various sectors in the country like construction and real estate, agriculture, mining e.t.c.

His company alone has over 4000 Ghanaians being employed and has been a major company at the forefront promoting the purchase of locally made products in Ghana.

It is important to also let you know that he is a civil engineer who singlehandedly handles the construction of Trassaco Valley through his company and with this has been able to be the home to the most classic and luxurious edifices in the country.

Ernesto Taricone net worth is currently estimated at $1.3 billion which placed him at the top as the richest man in Ghana today.

Who is the richest man in Ghana presently?

Ernesto Taricone is the richest man in Ghana with a net worth of $1.3 billion, he is the CEO of Trasacco Group a company that is into mining, construction, real estate, agriculture e.t.c.

Who is the richest politician in Ghana?

The richest politician in Ghana is Dr. Kwame Addo Kuffuor with a net worth of $1.3 billion, he has held various political offices and he is the brother of President John Kuffuor.

You can make your contributions via the comment box in case you have a question or addition you will love us to add. Kindly hit the social media share buttons too. 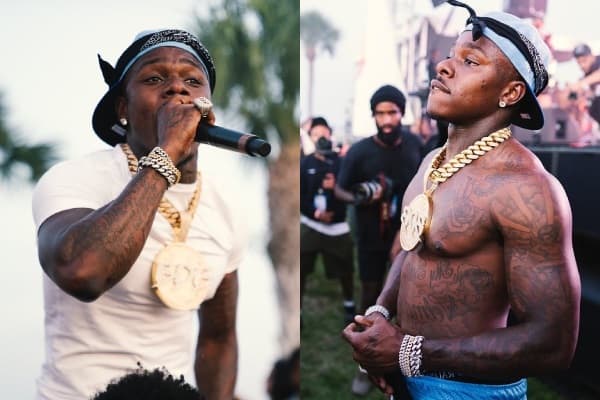 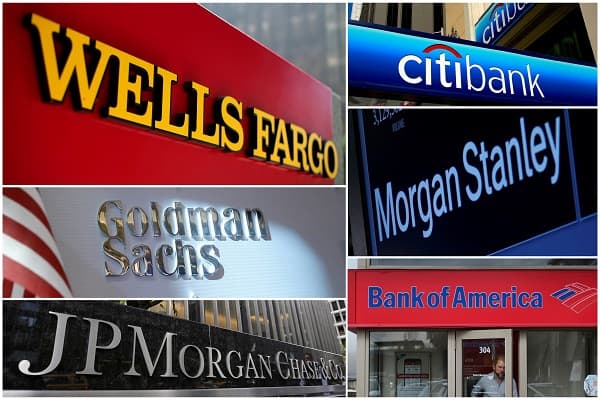 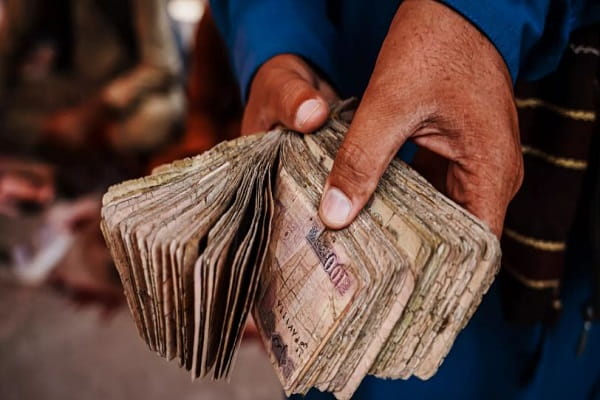 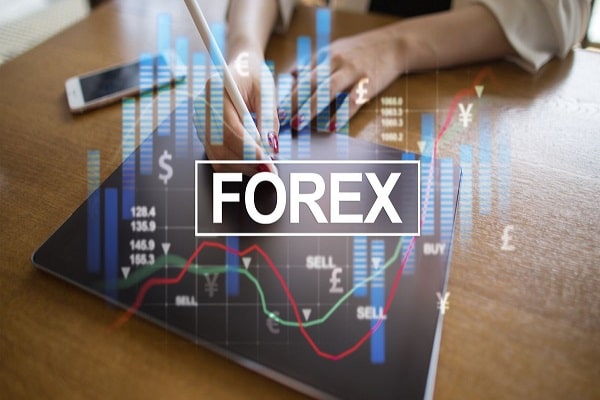 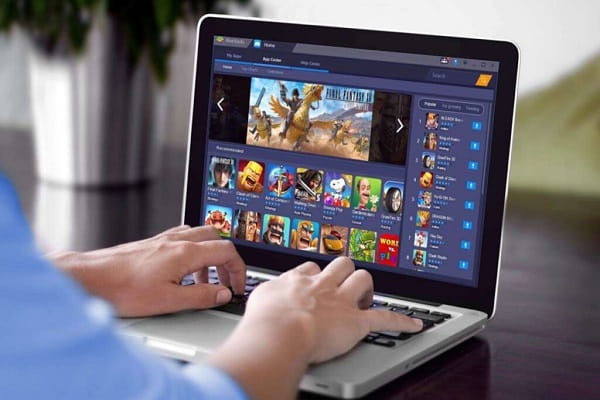 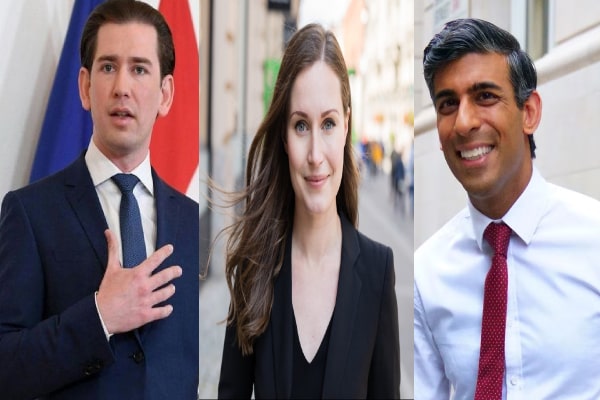